Currently, when the chart title is short it puts the Date Range on the same line, presumably to allow more room on the chart and possibly even allow the numbers to be larger.
However, the consequences are that it's not consistent from chart to chart, making some titles centered and some on the left, which also makes the numbers below off of the horizontal center compared with other charts that have centered titles.
See attached image for an example.

I understand the intention behind, but it would look better if all "block titles" were centered by default. 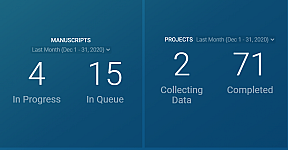 We have released an improvement.
All Datablocks that are 2x2 size or less should have the titles centred.
On larger blocks, the titles are centred along with the Date Range, in the same line.

Status changed to: Under review